On the morning of January 19, 2010, while serving in the Arghandab River Valley outside of Kandahar, Afghanistan, retired U.S. Army Captain Derick Carver and his unit met with local teachers and elders to discuss reopening a school that the Taliban had rigged to blow with IEDs. Along with the Afghan Army, Capt. Carver and his platoon moved forward to establish themselves in the school for clearance operations to prevent further targeting. However, on their way to the school, the Taliban launched a complex ambush using a daisy chain of 107mm rockets and homemade explosives. Derick suffered multiple injuries including the loss of most of his right thigh, multiple fingers becoming fused or partially amputated, and the amputation of his left leg. The attack also resulted in PTSD and reoccurring complications. 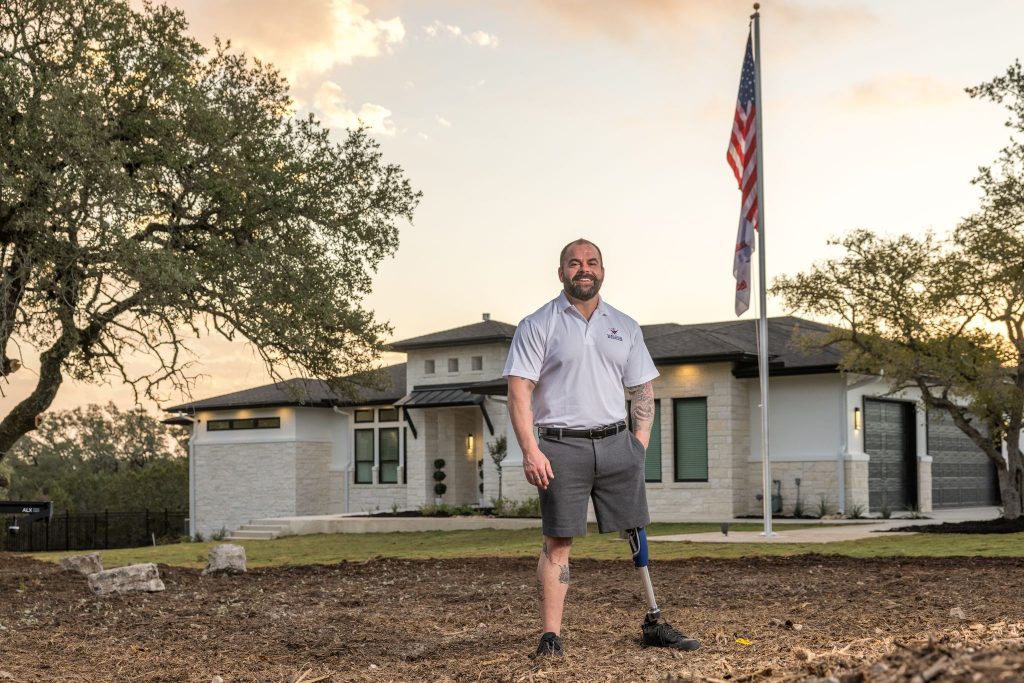 After multiple initial lifesaving surgeries, Derick was finally transported to Walter Reed Medical Center, where he spent the rest of his 13-month recovery. During this time, Derick underwent almost 50 surgeries, over 50 blood transfusions, and five plasma transfusions, later opting for active recovery. Following inpatient recovery, Derick returned to duty and assumed the role of AS-3 for the 4th Ranger Training Battalion, becoming the “1-legged Ranger Instructor” before retiring in 2012.

Since his injury in 2010, Derick has stayed active competing in CrossFit competitions and winning the U.S. and World’s Strongest Disabled Man in 2017. Derick has competed in the Arnold Sports Classic, where Arnold named him the “most inspiring Veteran” he has met. He plans to continue his education by looking into a graduate program in the winter. As Derick continues to pursue his dreams, the Gary Sinise Foundation was honored to build Derick a specially adapted smart home to ease his daily struggles and mobility needs around the house.

About the Natural Stone Institute
The Natural Stone Institute is a trade association representing every aspect of the natural stone industry. The current membership exceeds 2,000 members in over 50 nations. The association offers a wide array of technical and training resources, professional development opportunities, regulatory advocacy, and networking events. Two prominent publications—the Dimension Stone Design Manual and Building Stone Magazine—raise awareness within the natural stone industry and in the design community for best practices and uses of natural stone. Learn more at www.naturalstoneinstitute.org.